Improving the game of football 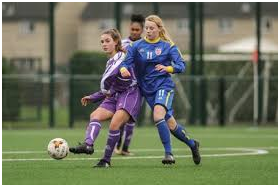 Football is an incredibly popular game that is played in most countries across the globe. Children from a young age are encouraged to take part in team sports both in and out of school. The National Curriculum includes a variety of sports and skills that it is hoped that children will learn by the time they leave school, both at the junior and senior school leave. 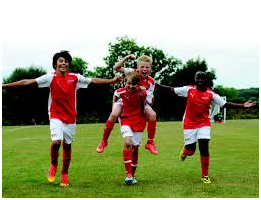 It comes after goal-line technology to help officials finally came into play, bringing the game up to speed with other sports like rugby and into the 21st century, as covered by The Guardian in February. This technology aids the officials in checking fair play during the matches. What else can be done to make football even better?

The current step of closing the transfer window before the season is a positive step, but the benefits could be even greater if the window moved earlier in the summer so everything is settled well in advance. This would mean that teams have time to gel together well and the fans can focus on watching their favorite teams working hard towards their chosen achievements.

Essentially a “time-out” for players infringing, the opposition gains an immediate advantage by having a player removed from the game for 10 minutes and is undoubtedly exciting for spectators. Red cards still exist for the most serious offenses.

This is another area where sports like rugby are well ahead of The Beautiful Game. Officials wear microphones, allowing supporters to understand what happened and why decisions were made. Of course, the risk in football is that a microphone could also pick up the words of some of the players!

Celebrations Are Not An Offence

The sport of any sort is exciting! Passion is encouraged amongst fans, so why is it becoming a punishable offense for the players themselves? Goals should be celebrated! Allowing reasonable celebrations should be acceptable in the field. Currently,  there are a number of players who have been penalized for celebrating a well-deserved goal.

Football takes a lot of organization and planning, but there is still more that could be done to help the supporters, like considering how fans will travel home and cover long distances when setting kick-off times, especially mid-week.

For smaller clubs, trying to schedule games around TV timings is less of a worry, so getting the basics right is the best place to start. Make sure all members of the squad have the same strip, for example, to help with a sense of belonging and team spirit. You can get Adidas Football Kits online from sites like https://www.kitking.co.uk/brand/adidas

Rules of the game are slow to change and require a significant wave of support, so don’t expect lots more updates imminently.