HomeHealthThe difficult task of protecting oneself in the past
Health
June 25, 2019

The difficult task of protecting oneself in the past 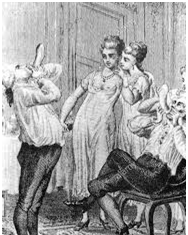 In our modern world, one of the things that we can gratefully thank technology for is that it has given us better condoms. Condoms mainly use a latex rubber basis but there are also polyurethane and synthetic rubber versions available as many people have an allergy to latex in some form. If you have any concerns about an aspect of your sexual health then it is a good idea to look at Bexley sexual health to answer any questions or address any fears you have as well as providing you with Home StI Kits London way. One thing is for sure if you were looking to use a condom of some kind in the past it was certainly something of a trial. 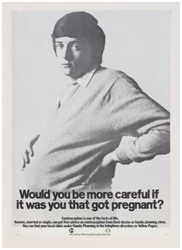 Condoms are a barrier method and whilst not always popular they have seen a resurgence in use since the 1980s and the discovery of HIV/AIDs. They work by covering the penis and stopping any diseases and sperm from crossing over into the vagina and womb. The male versions are single use only, and the instructions are very finally on that, whereas the female versions can be used several times. Before the discovery of latex and polyurethane, what did people use to avoid getting pregnant?

History is a bit sketchy on what the first condoms were. The most common form of pregnancy prevention seems to have been left up to the women to sort out. The attitude of the Ancient Greeks, Egyptians and Roman men were “well, that’s not my problem…” (So, no change there then!) However, in Asia, there is some evidence of an attempt at condoms using lamb intestines or an oiled silk paper. You had to be very rich to afford one.

By the 1500’s we start to see some definite advances in the field. Syphilis was a very real problem and it is the work of Italian Gabriele Falloppio that first sees the idea of using a condom that covers the entire male member. Falloppio suggested that this barrier would stop any diseases transmitting between man and woman, by using a linen sheath soaked in a chemical. Falloppio did not foresee it as a pregnancy prevention tool. When the linen is dried it is then wrapped around the penis and secured with a ribbon (which sounds quite jaunty, doesn’t it?) Obviously this needs to be done well in advance as it might be quite the passion killer.

It soon became clear to people that this might stop pregnancy as well and the Catholic Church were very quick to jump on their use as immoral. Not so in England and protestant countries where they became widely used. By the eighteen century, the animal skin sheath was the protection of choice, although you had to check the suitability of them especially for holes. The great lover and eroticism Casanova used them regularly and would blow them up like a balloon before donning one when visiting one of his many mistresses.