HomeFashionIrish Dancing History and how to Irish Dance from Home
Fashion
April 24, 2020

Irish Dancing History and how to Irish Dance from Home 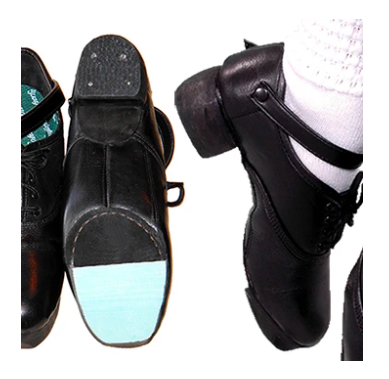 Irish dancing makes an important and enjoyable part of Irish life. Ireland is famous throughout the world for Irish dancing just as for Guinness, Whiskey, knitwear, and its rich culture. Since their childhood many children in Ireland and other parts of the world use to attend Irish dancing classes, paying a tribute to their Irish ancestors and heritage. This is why it’s important to know the history of Irish dancing, how it all started, the significance of Irish dancing, and how to Irish dance nowadays while we are in our homes. 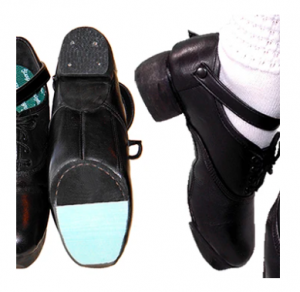 The Irish Dance history is strongly related to the migration, invasions, and the process of the building of Irish people. The Druids that lived in Ireland were known to practice religious rituals worshiping natural forces which implied dancing around trees considered to be divine. The following period is dominated by the Celts, who arrived in Ireland from mainland Europe, more precisely from Central Europe which brought with them their traditional dances. These dances have nothing in common with contemporary Irish dance but some forms, motives, and the musical accompaniment. Celts even organized mini dance concerts, being a good reason for most of the community to get together.

Norman conquest in the 12th century(1166) brought Norman traditions and civilization to Emerald Isle, including their dancing practices. Carol was one of the most popular Norman dance performed in their newly conquered Irish villages, small towns. The Carol dance was quite simple, involving a single person dancing and singing in the center and the others forming a circle around him singing and dancing appropriately. In these times dancing evolved making it grow and practice 3 types of dancing: the Rinnce Fada, the Irish Hey, and the Trenchmore using more commonly the line arrangement instead of circular formations.

The 18th century is considered to be the one that gave the Irish dance we know with its moves, styles, music with the appearance of Dance Master. This master was dressed very brightly and traveled to villages, teaching dance to peasants, pupils. Dance Masters were organizing group dance giving the possibility to the pupils and other learners to demonstrate and show off their abilities to the public. Often these masters were competing with each other.

Today, Irish Dancers wear traditional costumes and adorn their dance outfit with various accessories to celebrate the clothing worn in the 18th century by peasants who danced. Likewise, nowadays dancers perform wearing Irish Dance Shoes choosing between soft shoes and hard shoes, also known as jig shoes. When choosing the ideal Irish Dance shoes they rely on the type of dance they perform, the test, the physical training, as well as the characteristics of the shoes, the material, the shape, the length; usually choosing between the flexibility of soft shoes and the smooth and profound sound of the jig shoes.

How to Irish Dance from Home

Today it is very important for all Irish dancers to keep practicing and there are many opportunities for Irish dancing from home. The easiest and effective way to do it is using the opportunities offered to us by the Internet, social media, and run online courses with the teachers, mentors, or someone who enjoys and loves Irish dancing. Irish Dance videos make also an option that should not be neglected and can be very pleasant and useful. All you need are some Irish dance shoes, some space, and of course the will and desire. You can Irish dance while enjoying the nature in your garden by using a practice pad.

Irish dancing is fascinating, beautiful, and full of heritage. Keep practicing and share your passion and spirit with the Irish dance community.