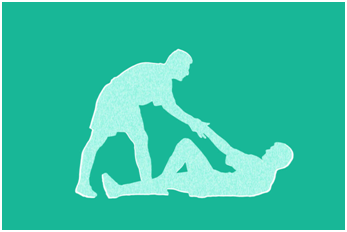 To be altruistic means to act for someone else’s welfare and not our own, even if it comes at some cost to ourselves. Many thinkers have stated that humans are essentially self-centered and selfish but current research suggests differently. Studies have shown that a person’s initial reaction is to co-operate with others and not compete. Toddlers are seen helping people out of the genuine concern and even non-human primates display altruistic acts.

Scientists who study evolution claim altruism is in our nature because co-operating and helping assured the survival of our species. Darwin called it the most essential of social instincts. Altruism activates a part of our brain that recognizes reward and pleasure, the same as when we eat chocolate for example! Of course, humans can still act very selfishly, so it’s about finding ways to bring out the better side of our nature. 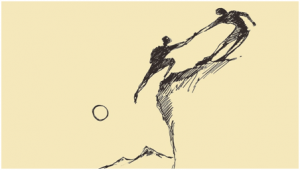 Is there any point in being altruistic?

Research into people who act altruistically shows that it improves our sense of well-being in many ways, such as emotionally, romantically, financially and physically. It’s also key to living in a stable and cohesive community, benefitting our species as a whole.

Altruistic acts boost our happiness, as is often reported by people who have done kind actions for others. For some, giving and helping others feels better than spending money on themselves. Doing good deeds provokes a reaction in the part of our brain connected with social cohesion, pleasure, and trust. Such acts trigger a release of endorphins, making us feel good. Why not consider a truly altruistic act like participating in Paid Clinical Trials with https://www.trials4us.co.uk

It is also good for health and possibly lowers blood pressure. Those who volunteer their time to help others tend not to experience as much pain and aching as others, enjoy overall better health with fewer reports of depression.

The benefits of altruism are echoed in the animal kingdom as well. Right across the animal world, the species who co-operate with one another are both more productive and live longer.

Acting with altruism also benefits those suffering from addiction. Research has shown that addicts who help other addicts have significantly better chances of staying sober and preventing a relapse.

Practicing altruism helps us to feel closer to others, promoting social connections. It also helps us to see others in a more positive light and allows us to perceive others more charitably.

The great thing about altruism is that it’s contagious. When we help others, it’s not just the person receiving our kindness who benefits. There is a knock-on effect and the whole community becomes more generous. With just one person acting altruistically, we can start a chain reaction that ultimately influences many dozens or even hundreds of people, most of whom those initial people won’t even know or have met.