How does a satellite get into orbit? 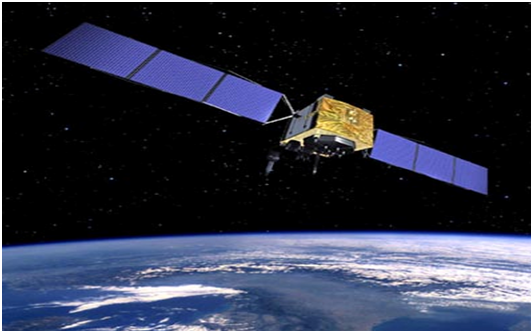 Have you ever wondered how the satellites that provide all that handy information to your GPS actually make it into orbit? The cool part of it is that they need to go on a rocket ride to get there! In the past, they might have hitched a ride on the space shuttle but now many countries have rocket launching capabilities and often send up satellites, some as big as several tons.

Most satellite launches start with the rocket aimed directly straight upwards. This enables the rocket to punch through the thickest part of the atmosphere quickly and keeps fuel consumption to a minimum. 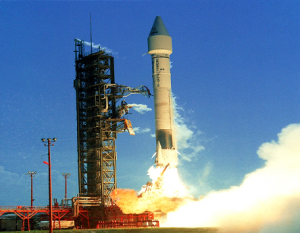 Once the rocket has been launched, the mechanism for controlling the rocket comes from an inertial guidance system. This clever system is able to make calculations to adjust the nozzle of the rocket, so it continues heading on the right programmed flight plan.

Most rockets are programmed to travel east due to the earth’s rotation being in an easterly direction, thus providing the rocket with a handy boost. The power of this boost depends on the rotational velocity of the planet where the rocket was launched. The best boost is achieved by launching at the Equator where rotation is fastest.

The boost that can be achieved is around 144mph. This might not sound like much, so you might ask if it was worth it?  Seeing as rockets can travel at thousands of miles an hour, would 144mph make much of a difference? Well, rockets and satellites are incredibly heavy, sometimes over a million kilograms which require a heck of a lot of energy to launch and an awful lot of fuel. Having 144mph on your side is most definitely a bonus worth having!

At around 123 miles up, the rocket hits thinner air and it’s here that the navigation system launches some small rockets to turn the main rocket onto its side in a horizontal position. This is the point where the satellite is released. Small rockets are fired again to ensure complete separation between the main rocket and the satellite. This is the process that occurs to get that satellite into orbit, so you can benefit from all the features of your GPS. For more information on Vehicle Tracking, visit https://www.vehicle-accessories.net/vehicle-tracking/ 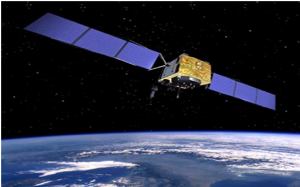 The inertial guidance systems are probably the smartest part of the whole process. Consider that a rocket must be controlled precisely in order to release a satellite into the required orbit and it’s the IGS inside the rocket that achieves this. It finds its location and orientation by measuring every acceleration, through the use of accelerometers and gyroscopes. Knowing exactly where it launched from and the accelerations during flight, the inertial guidance system is able to pinpoint its exact location and orientation in space. Clever, right?