A Beginner’s Guide to Epoxy Adhesives 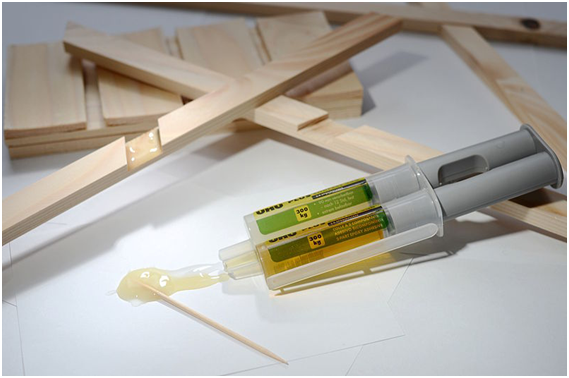 When they are used correctly, epoxy adhesives provide high-strength joins on a variety of materials. Adhesives are an attractive alternative to welding, soldering and riveting because they are lightweight, invisible and distribute the stress loads evenly across the whole surface rather than at a single locus. 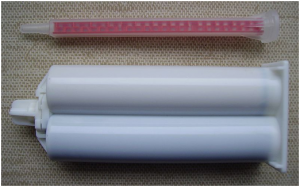 However, as many domestic users have also discovered to their cost, they have their drawbacks and limitations. To know when and when not to use them, a little background information may help.

Single-component (ready-mixed) epoxy adhesive is popular in manufacturing because it eliminates the inconvenience and risks of mixing (wrong proportions, slow preparation, imperfect mixing, air entrapment). Typically, they allow more time for accurate positioning before the temperature is applied (typically 120-150°Centigrade) to accelerate curing. The total curing time is then shorter than for two-part epoxies, while the higher temperature encourages better molecular cross-linking for a stronger, longer-lasting bond.

These epoxies are widely used for sealing, coating, and encapsulation as well as adhesion. They find many applications in electronics and aerospace fabrication. They are often used for medical devices because they are relatively inert in contact with the human body. For medical adhesives see https://www.meddeviceonline.com/doc/medical-grade-epoxy-0001.

However, they do have disadvantages. Ready-mixed epoxy has a limited shelf life, and despite its more convenient properties still has to be applied evenly across surfaces in a limited window of time. Like two-part epoxies, it tends to be brittle and inflexible so prone to catastrophic failure under impact or torque forces. This is particularly true on metals: for metal bonding adhesives consider an alternative such as CT1 from http://www.ct1ltd.com/product-applications/metal-to-metal-adhesive/. 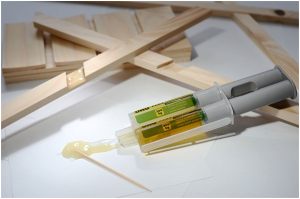 In the products more familiar to domestic users, the epoxide resin and amine hardener are kept separate until the glue is needed. This improves shelf life and removes the need to heat the product to initiate curing. On the other hand, errors are often introduced by manual mixing, and the resultant bond has similar weaknesses to those of single-component epoxy. They can fail under impact and aren’t suitable as metal bonding adhesives between substrates with a different coefficient of expansion.

You can choose from a range of epoxies with different degrees of chemical and dampness resistance or electrically insulating qualities, but most share the drawbacks of slow deep curing times and unsuitability for high-torque or impact-prone metal fabrications.